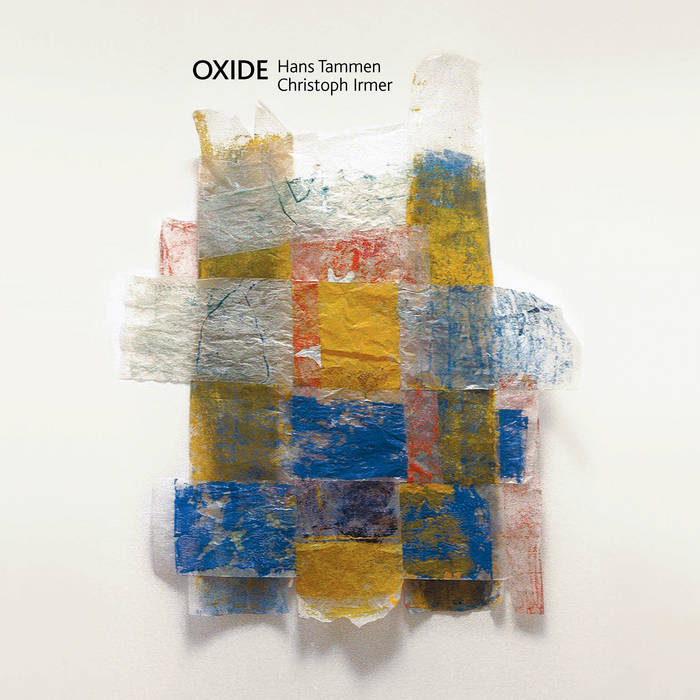 Since their first performances together in the beginning of th 80s, Christoph Irmer (violin) and Hans Tammen (guitar) have developed a unique style for improvisations with violin and guitar electronics. Their music changes frequently between soundscapes and fierce sonic outbursts, and draws extensively from their almost 40 year long collaboration.

Dan Warburton, ParisTransatlantic
It all makes for a rather nerve-wracking experience…

Ken Waxman, Jazzword.com
More instrumentally improvisational, the six tracks on the duo CD pinpoint unique techniques from Tammen and Irmer. These take many forms from spectacular agitato showcases that include quadruple fiddle stops and flying staccato lines, to stop-and-start guitar string reverb and yowling slurred fingering at near-warp speed. Many times Irmer’s extended sul ponticello timbres play hide and seek with descending and ascending metallic string snaps from Tammen.
The guitarist contributes simple strums that could come from a ukulele, Jimi Hendrix-like string flaying plus tones that sound as if they’re rending the instrument’s wood. Meanwhile dog-whistle shrieks, smooth glissandi and multiphonics demonstrating the fundamentals of Irmer’s four strings plus their extensions and constitute the violinist’s interludes. …no ring modulator is present, but acoustically both men replicate electronic signals.
The defining track is the oddly-named “Hiatus”, where among contrapuntal interaction it seems as if one or both players is utilizing an additional “mouth instrument”. Irmer’s sul ponticello string buzzes and rasps alternate with zart theme variations as Tammen’s sequenced pulses and palm hammering eventually give way to sporadic string strums spiced with wiggling electronic pulses.
With the stimulation accessible from these CDs as much in the journeys as the destinations, either provides a profound look into the inner working of advanced and textural electro-acoustic improvisations.

Jason Bivins
Well, this duo is quite excellent, and on each track they create a truly compelling mix.
“Desultory” is anything but, with Tammen’s bevy of bell noises swirling around Irmer’s rough then fragile arco. The feather-light overtones on “Breach” sound as if trying to escape the rough snarling beast crouching behind Tammen. Things get even more intense during the spasmodic glitch and scrape frenzy of “Hiatus.” But my two favorite tracks are “Fracture” (with a haunting loop that seems to catalyze the string-mangling frenzy in the foreground) and “Rare Metal,” a lovely robot chamber music finale.

Massimo Ricci, Touching Extremes
If a hundred crackpot 4-track cassettes met in the eye of a cyclone, the result could near what’s heard in “Oxide”.